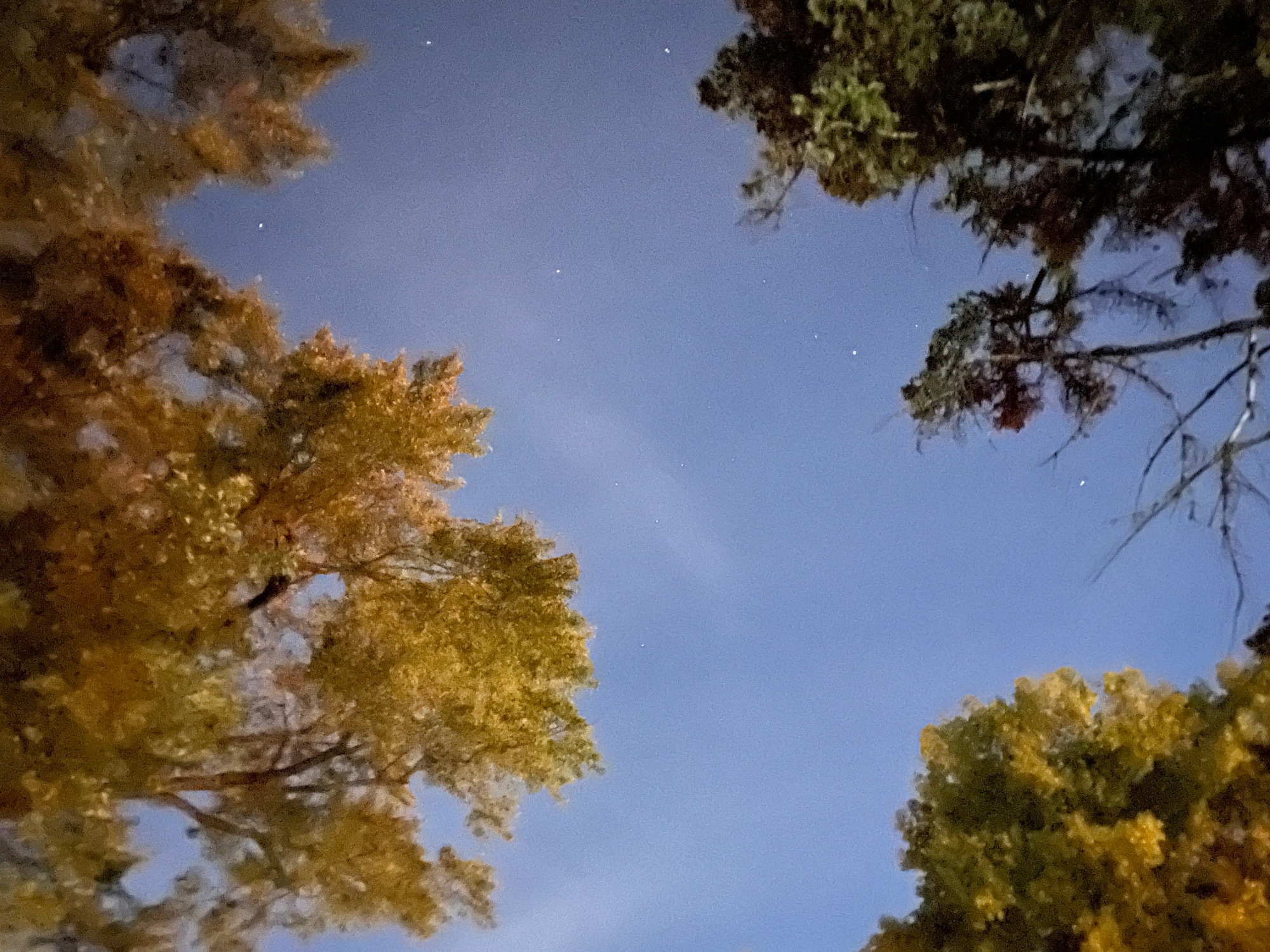 I’m the girl who used to lick the bowl after ice cream, unwilling to let even a single drop of goodness go to waste. So it should come as no surprise that I’m having a hard time releasing my grip on summer and the fleeting final days of freedom before a new school year starts, bringing with it a whole host of changes to our rhythms and routines.

My mind isn’t ready to stop the party, and my body agrees — we’ve been staying up past midnight in protest every night this week. The other night, Lola and her friend wanted to do a midnight photo shoot at the parking ramps across the street, so I said sure – it’s still summer! – and I can’t get over the absurdity of that night and the ridiculous images we shot. Christian and I split a donut at 1am another night, because why not? Ice cream has happened every day. Chips for dinner have been approved. Double feature movie nights and impromptu shopping trips and pool visits have been on repeat. I have no willpower to say no to anything anymore because it’s summer! And we have to cram it all in!

And yet I feel it coming, the change I can’t avoid: On Wednesday morning, for the first time since March 2020, my thirteen year old will go back to school in person. Our district got a redesign during the pandemic, so now she’s going to a new and much larger middle school, taking a bus ride out of the neighborhood for the first time ever. Our family meetings that stretch into midmorning over coffee and devotionals will have to occur at 7:30am starting this Wednesday, because the first bell rings a whole hour and a half earlier at her new school than at the one she’s attended for the past eight years. New teachers, new building, new schedule, new everyghing.

I’m dreading letting summer go, because I’m not ready to embrace what comes next.

As much as I’ve complained all summer about writing interruptions, countless cash handouts for hangouts with her friends, and having to send “where are you?” texts in the middle of my workday when she’s not where I think she’ll be, I’ve loved having Lola around so much, especially during these vulnerable days. I’ve liked having her so close to home, and it’s been nice not to worry about school shootings or classroom covid outbreaks. Pandemic aside, middle school is when the emotional tug of war between a mother and her daughter typically begins; so far, neither Lola or I have even picked up the rope.

We’ve gotten so close, in such a tender time. And all of that is about to change.

Or is it? I wondered this as I waited for her to finish her haircut last Tuesday — seven inches chopped off at the salon in the neighborhood where we used to live, the same salon where she got her first hair cut ten years ago when she was just a toddler (that era feels like a lifetime ago).

Does everything have to change, or just the structure of our days? I thought as I walked contemplatively along the trolley tracks of yesteryear behind our old street, which the neighborhood turned into a community garden and where I used to walk with Lola to and from preschool. I considered all the changes our family has endured over the years, and how all the things that I thought would break us barely left a scar.

Can we try to stay thisclose, even when we’re apart? Yes, I reassured myself as she slipped her hand in mine at Whole Foods later that night. We have to!

I’ll do everything in my power as a parent to make it so, to stay present and plugged in. It’s going to be about supporting her through this change, and not overthinking the physical distance between us or how it will affect our relationship (overthinking is the quickest path to anxiety!).

Even in this change, there have to be positives (right?). Like, an earlier start to our days means I get to be at my desk writing before 9am (that’s never happened before!). And going to a new school means making new friends for Lola, something she hasn’t gotten to do in over two years (#pandemiclife). Being at school in person is a better environment to cultivate learning (vs online, which is hardly learning at all). And, this change is going to grow and stretch us into appreciating what we have when we’re together…because nothing lasts forever.

Summer’s a good reminder of that.

My beloved teenager spent the evening in the room right next to me, organizing her folders and binders and pens outside my office’s clear glass doors. She wanted to be where she could see me, “right next to” me, as she said. And I pray a silent prayer to never take this proximity to her for granted, because it means everything to me.

Once she finished organizing her school materials, Lola stepped outside for some fresh air. “You don’t realize the difference between house air and nature” she said as I joined her, sitting in the dark on our front steps.

“It’s like I got to try out homeschooling,” I said, and she laughed.

“I would hate that,” Lola reminded me.

She’s ready to go back…even if we’re both sad to see this season come to a close.

So here’s to the last lick of summer and what’s yet to come; with tears in my eyes and eighteen months full of memories in my heart, I am ready to embrace this change.

Since Monday’s almost over, here’s a mantra I’m taking into the new school year — feel free to borrow it if you like, to help process your own anxiety around change:

I am actively letting go of the notion that this change changes everything, and welcoming the idea that this could be the beginning of something great.

Jump Back in Time