I have to thank Warner Bros. for sponsoring this post and giving me the opportunity to join Scooby-Doo and the Mystery Inc. Gang in teaming up with generationOn, the yough family division of Points of Light, to inspire, equip, and mobilize kids, parents and Scooby-Doo fans to create meaningful change in their communities. We had so much fun!

Last month my little crew got invited to attend an event at Mall of America full of great activities for families to get kids involved in the fight against hunger! 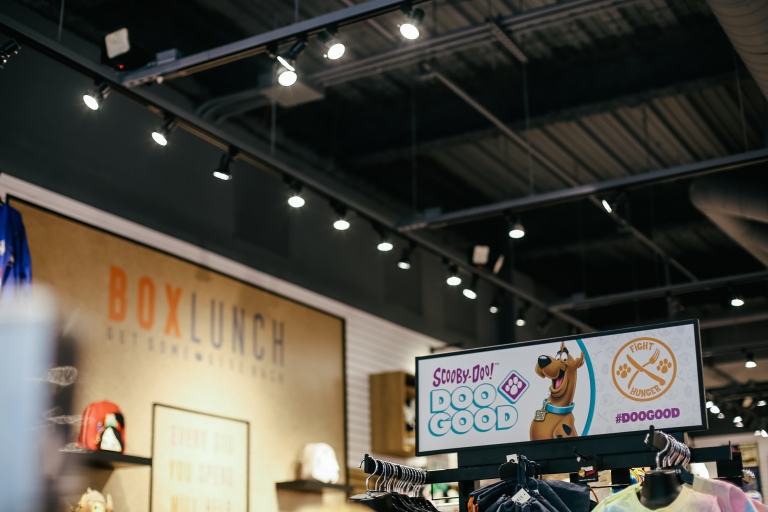 Our day started out at BoxLunch gifts. This store is so great, you guys, as they donate meals to Feeding America with every purchase – and since all the gifts are pop culture references and tv/movie themed, let’s just say our post-event shopping spree donated…..quite a few meals! More on that later!

The first part of the morning was all about the launch of the exclusive Funko Pop! Scooby-Doo toy, which people were lining up outside before the store even opened to buy.

Each purchase of this cute little dude equals TEN meals donated, so needless to say there was a good incentive to pick up a few of these as gifts for family and friends. 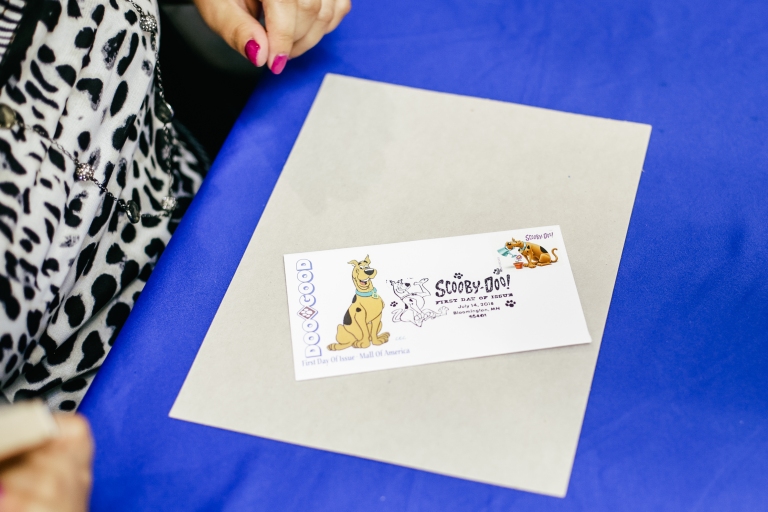 So how can a stamp inspire others to make a difference? Scooby-Doo is featured watering a plant to simply demonstrate to kids that they can start doing positive acts, no matter how small. I just thought the whole stamp ceremony was very sweet and surprisingly touching — they even had us stand & sing the national anthem! 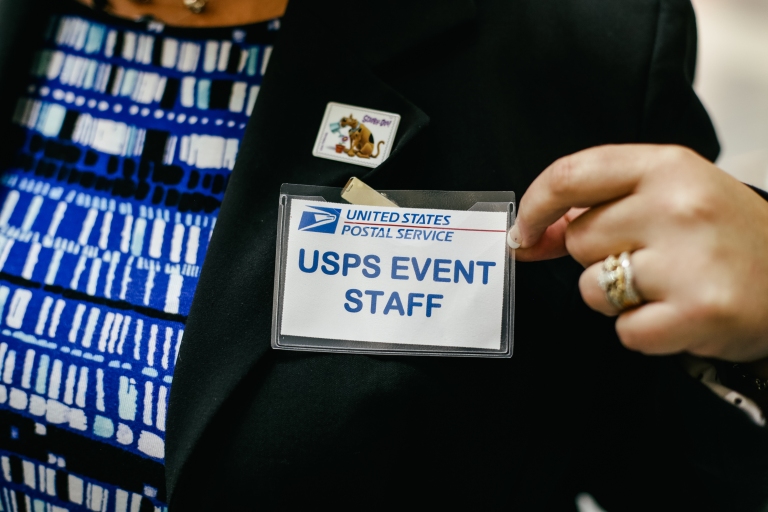 From there we had so much fun exploring all the fun activities we could do to raise awareness and #DooGood! 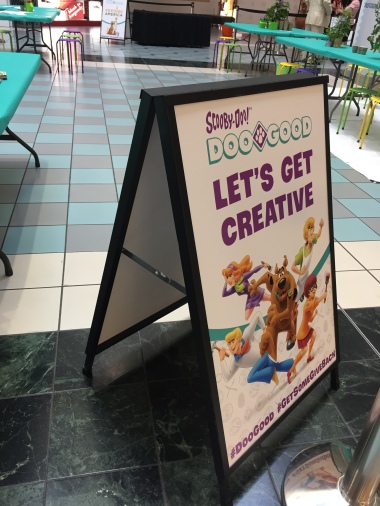 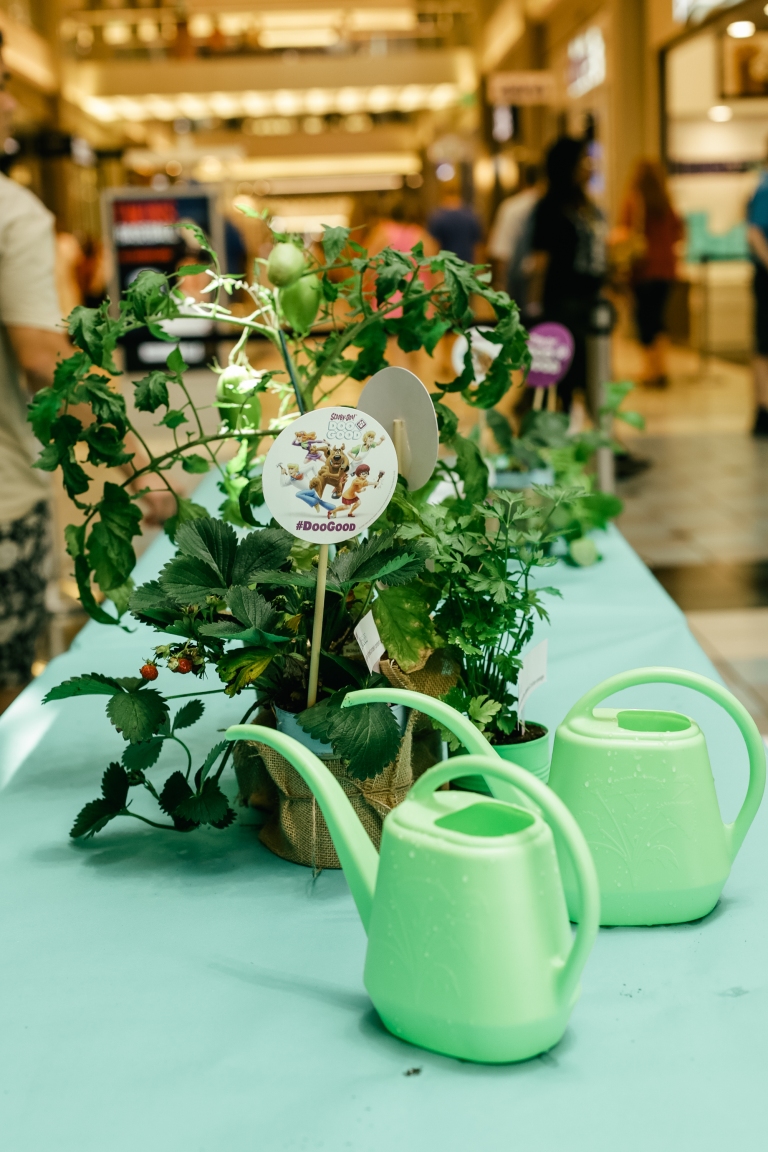 Plant an herb garden station was a huge hit for Lola! 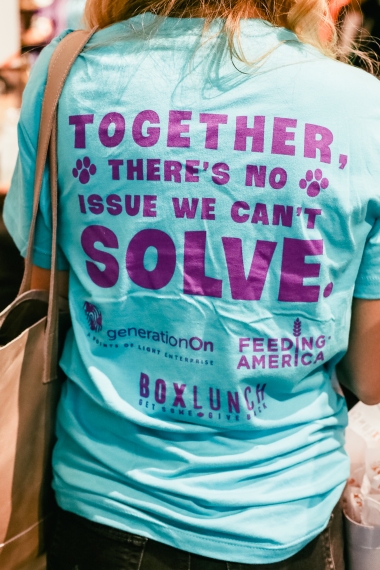 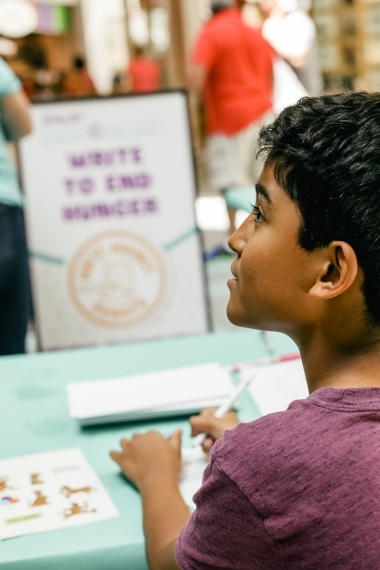 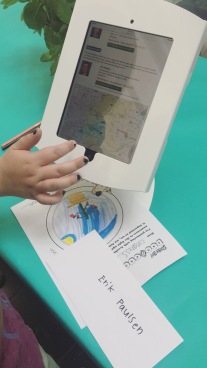 Sandra is such a good mom, she’s always doing things with Leo that encourage advocacy and good citizenship and quality of character and I just love that about her.

Bottom line: 1 in 6 kids in America may not know where they’re getting their next meal. That stat is NOT FUNNY! And while it’s hard to talk to our kids about hard things like childhood hunger, it’s incredibly important.

Thankfully Scooby-Doo has teamed up with BoxLunch Gifts + Feeding America to #DooGood in the fight against hunger — here’s how your family can get involved, too: 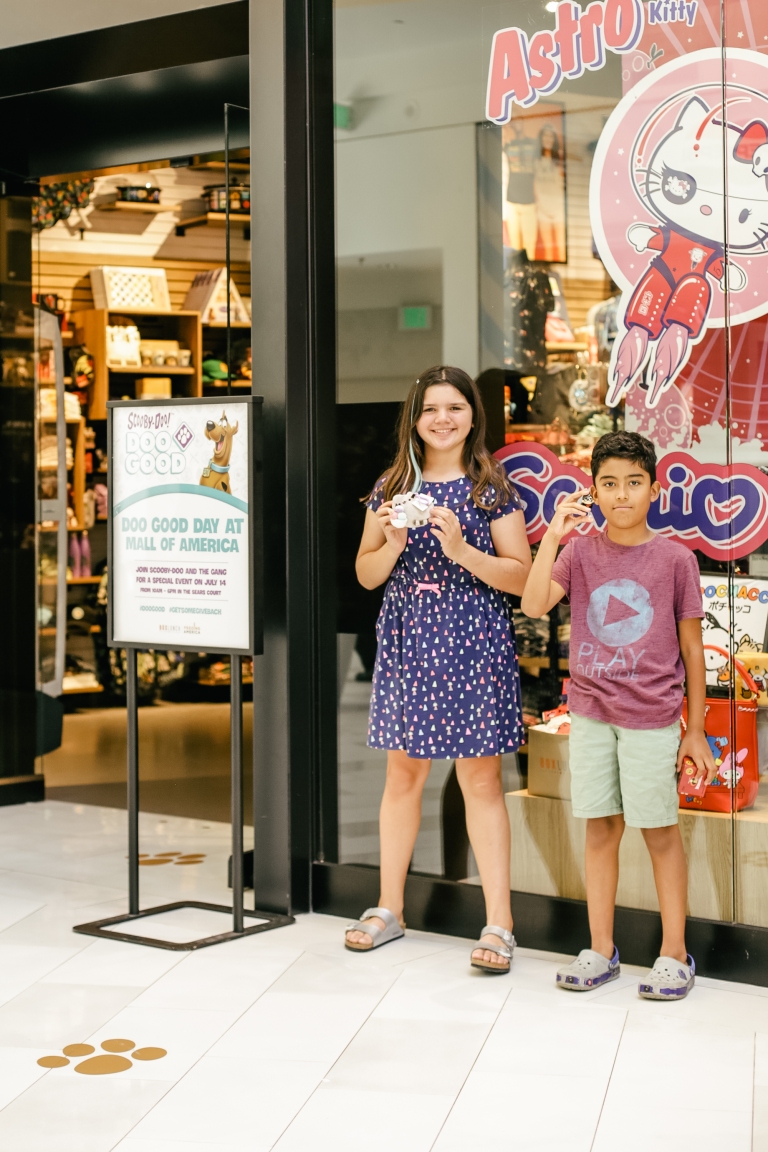 After a fun little dance party we went back to BoxLunch to “Get Some, Give Back”. I didn’t photograph anything Christian got but here’s what me and Lola picked out:

The Best Mug In The World -dot- com (of course I picked one up for Sandra too!), socks from Clueless, GROOL pin from Mean Girls because I was homeschooled and am almost ALWAYS saying the wrong thing (like Cool + Great = GROOL!), confetti scattered because I’m THISCLOSE to launching a new business and it’s called Leonetti Confetti, I’ll fill you in later! 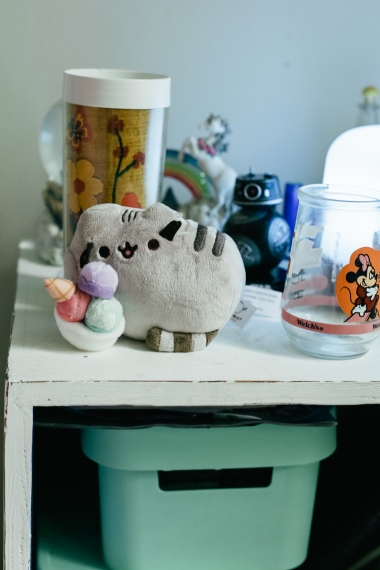 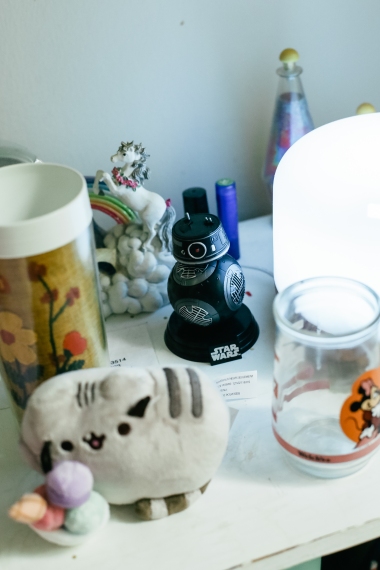 A Pusheen for Lola. DUH, and BB-9E from Star Wars as a Funko POP! toy. This guy is so rad.

THINGS WE BOUGHT NOT PICTURED (nobody is asking but in case you want to know): 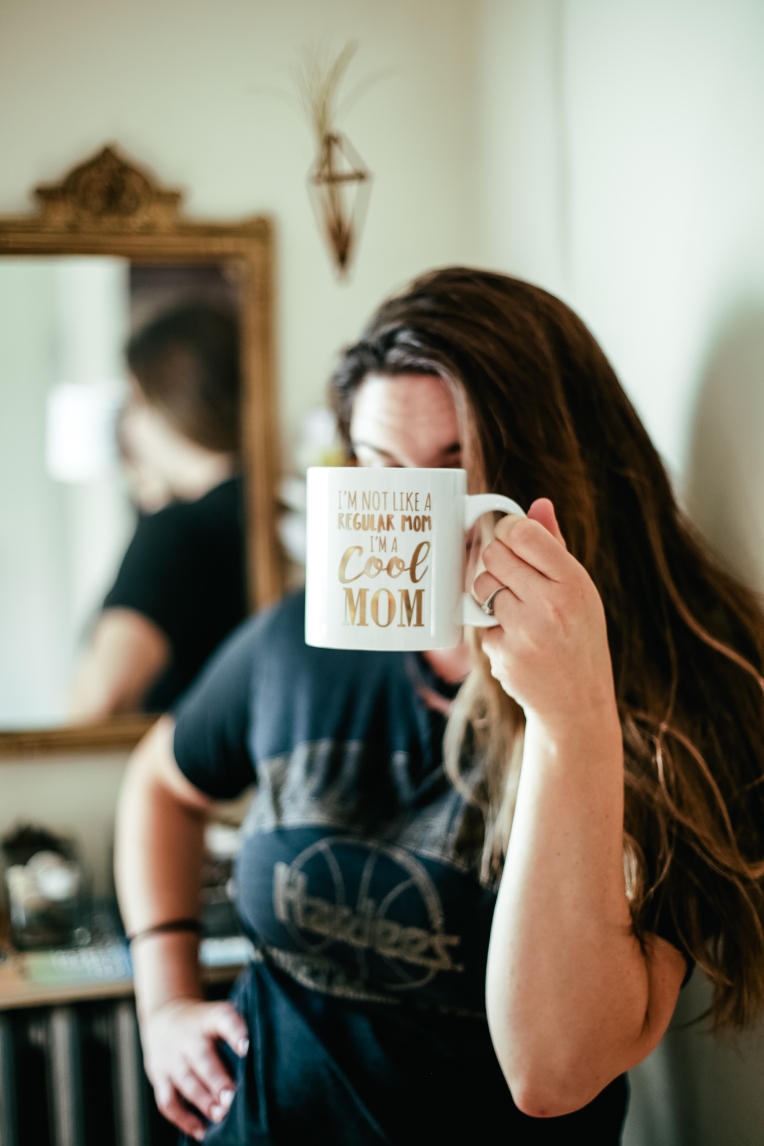 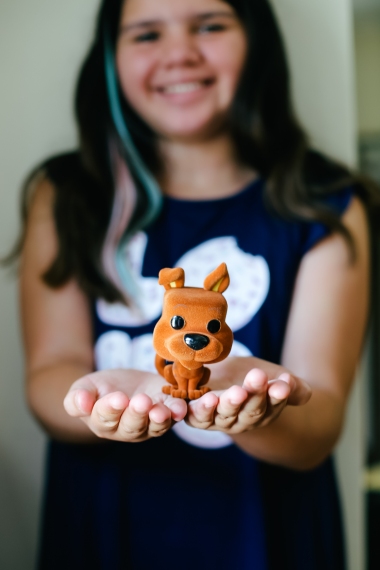 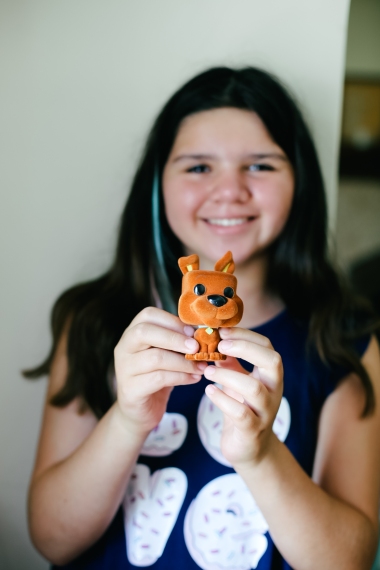 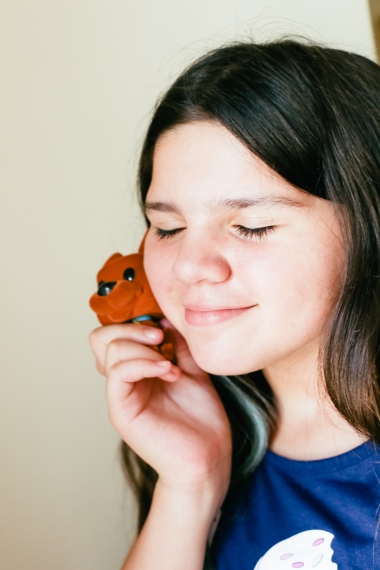 Just purchasing this toy donates 10 meals to kids in need! It’s true, together there’s no issue we can’t solve. Thanks Box Lunch Gifts and Scooby-Doo!

I was selected by Warner Bros. to participate in the Doo Good Campaign. The content and opinions expressed here are all my own.

Jump Back in Time